Benefit: Manage vectors more easily when you follow these rules.

These rules come from, among others, Adobe Type 1 Font Format.

This means straight nodes at the top, bottom, right and left.

So you can find them, FontLab makes the nearly horizontal node a brighter shade of green. ▼

In dark mode, the color difference between horizontal and almost-horizontal is very slight.▼

To check extremes, use light mode instead.

However, you can also get nodes at extremes in these ways:

EXCEPTIONS: Not necessary to place nodes at extremes of shallow curves.¶

The only time you might want to allow kinks, is when you have small details like this that won’t round correctly. (Notice that you also can’t have nodes at extremes.)

If you draw with fractional nodes, shallow curves won’t look this bad. However, you will still have this problem with TT exports, since TTFs don’t support fractional coordinates.

Don’t use more points than necessary.

Handles should fall inside an imaginary triangle.

Bad. ▼ Follows the triangle rule, but goes against extremes rule.

Bad ▼ Handles outside of the imaginary triangle.

The one that is spread out has extrema problems AND the triangle is going the wrong way!

Two ways that can help you remember:

Exports should not have overlaps. ▼

Exception to the Rule

This is not in the Adobe Type 1 Spec. But it has been common practice.

First, what is an inflection?

In the next picture, see how the s is going from counterclockwise at the top. Then, somewhere in the middle, it changes to the clockwise direction.

The point where it changes is an inflection.

To see exactly where the inflection point is, turn on the curvature comb. 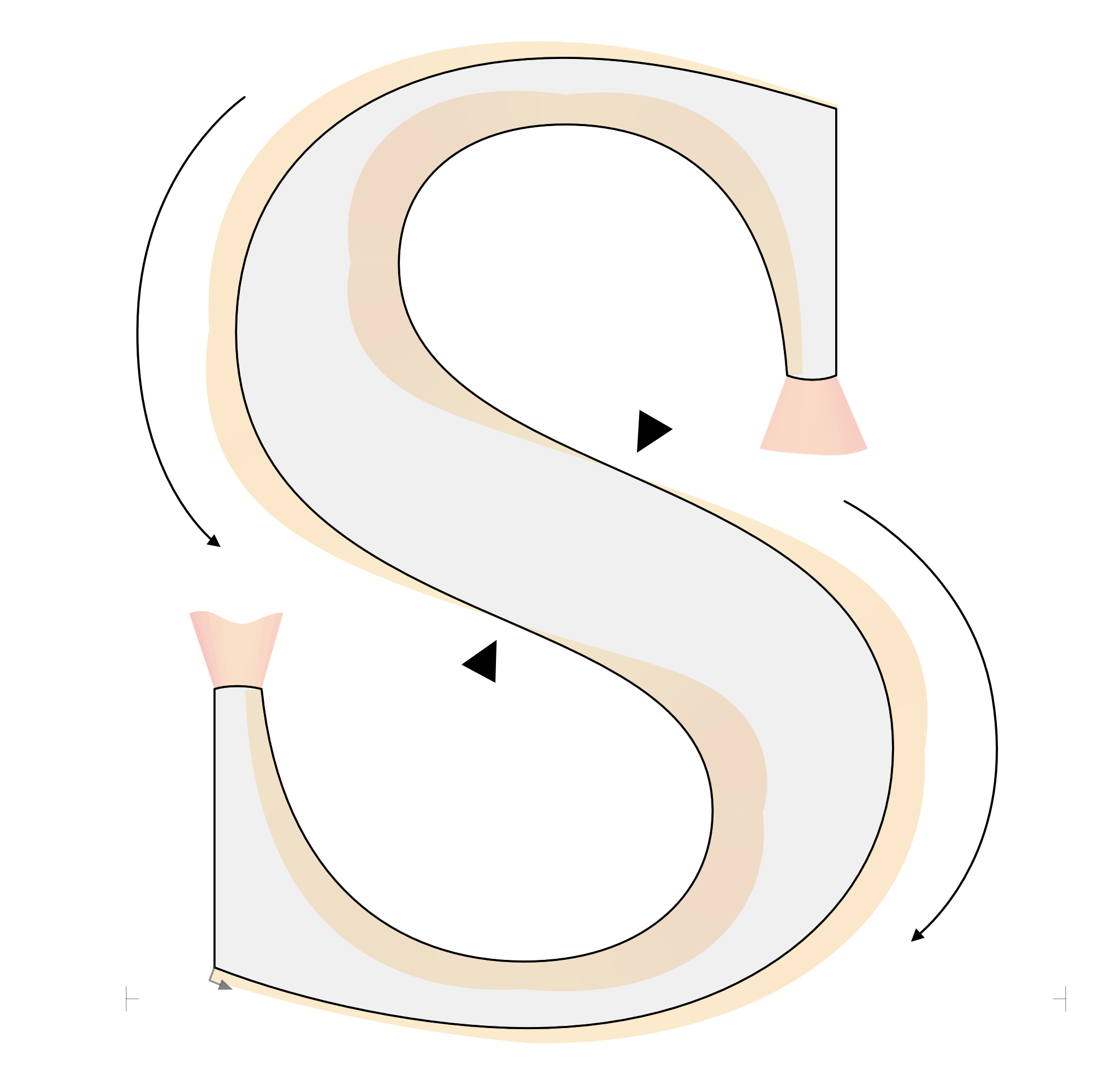 The point of inflection will be where the orange switches sides.

A node at the inflection point is not needed, unless you need to control your curve better. (You’ll see in the tutorial on curves, that this is very difficult.)

What’s the reason for no node at inflection? Some say having nodes on inflections help curve conversion. (From PS to TTF). This is not always the case. Instead, you can do this for better TTF curves: 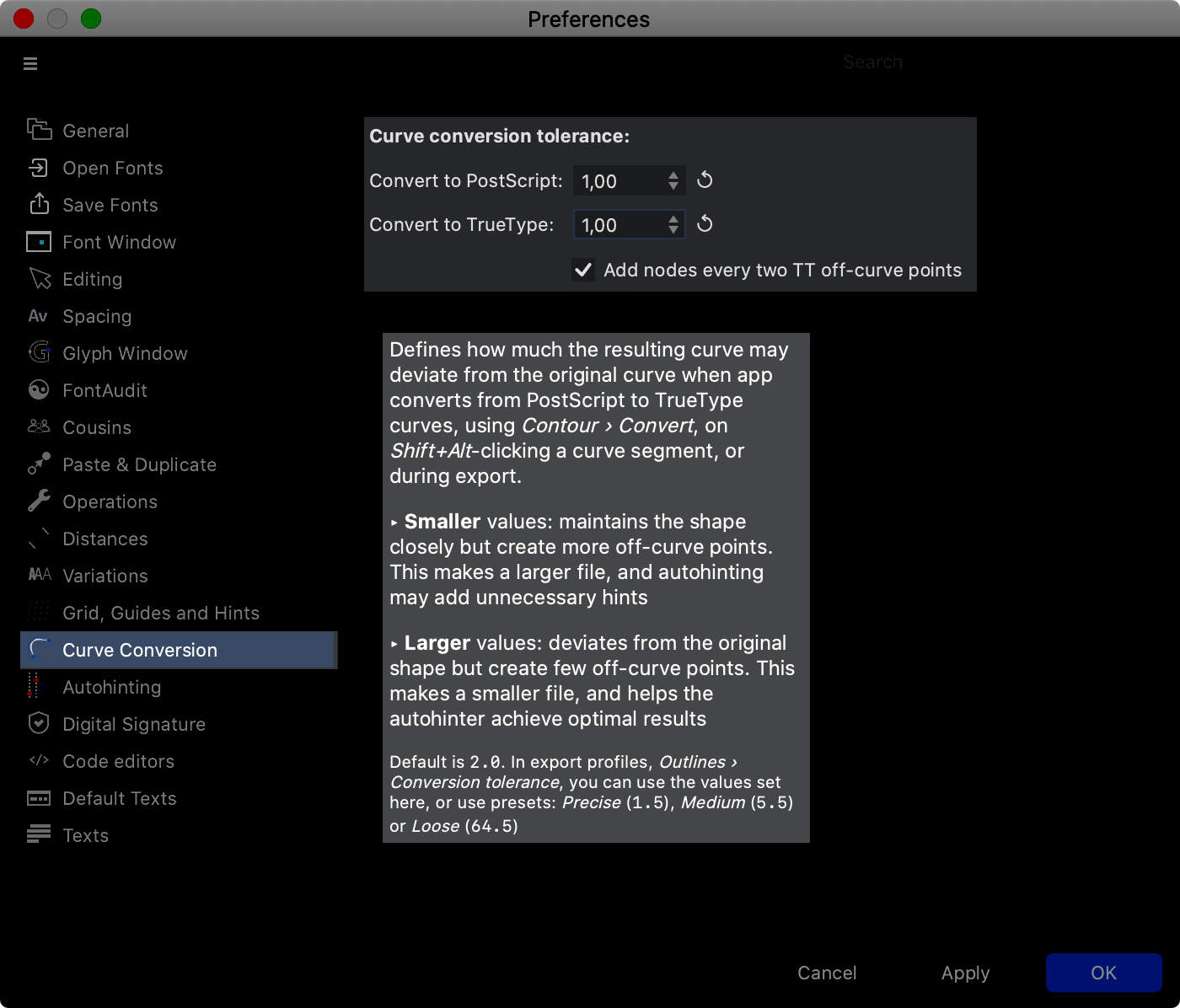 Here’s an in depth discussion about inflections.

Please Note: These are for static TT (TrueType) fonts. If you are making a Variable TrueType font, you don’t want to add extra points to the curve.

PS This PS is for you, if you already know these rules and how to use them.

In my vector drawing masterclass, you will discover that these rules are OLD!

You will learn that there are—not one, but—THREE! types of drawing rules.

These rules should not be confused with each other!