Common Font Mistakes and How to Avoid Them¶

Benefit Save time and frustration, with a couple workflow tweaks.

What if you make a mistake?¶

Even with all the advice in these tutorials, it’s likely you will make a mistake sometime.

I wrote all these tutorials, and it’s likely I will make all the same mistakes again!

To a fault, I’m a perfectionist, so I have no choice but #2.

Here’s some ideas on how to fix a mistake.

How to Fix Letter Height Mistakes¶

So this one time, I have a client who insists he “doesn’t want version numbers”. He insists that I write the word “Final” on the last version. So I do that.

You can probably guess what happens next.

Another thing to notice: FontLab is currently on build 8,042 at the time of this writing.

Better to prepare for mistakes instead!!

How do you do that with fonts? 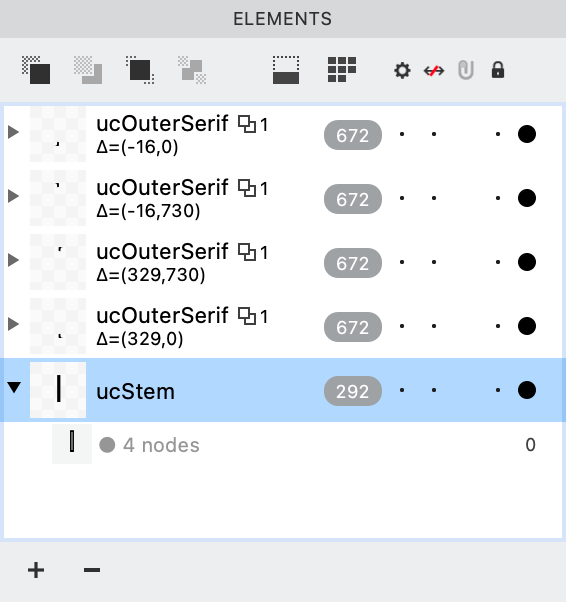 (Now even quicker with skins.)

Re-using shapes and non-destructive editing is the key to fixing mistakes!

Work in such a way that avoids risks.

You can do that by my tips in these tutorials. Especially the one on “Setting Your Letter Heights” and “Using Auto Layers”.

Also, don’t just draw everything (hundreds or thousands of symbols)

You are not a robot welding car parts.

You are not a factory worker tweaking thousands of widgets.

If you work like a robot, you risk demotivating yourself.

If you draw everything, you’ll feel like “My font is done!”

You will have weekends, weeks, or months of spacing and kerning and testing!

So even if your work ethic is through the roof, you are likely to cut corners, get bored or frustrated, or even worse, give up on your font.

Instead, spread out the boring stuff in a logical manner.

Do more big cycles, and less small cycles all at once!

Here’s the workflow that I try to use, based on the principles in this book.

Now you will repeat this for each category of symbols: Uppercase, Figures (all types), punctuation (uppercase and lowercase), special symbols, other special stuff. ▼

What we are doing is this: 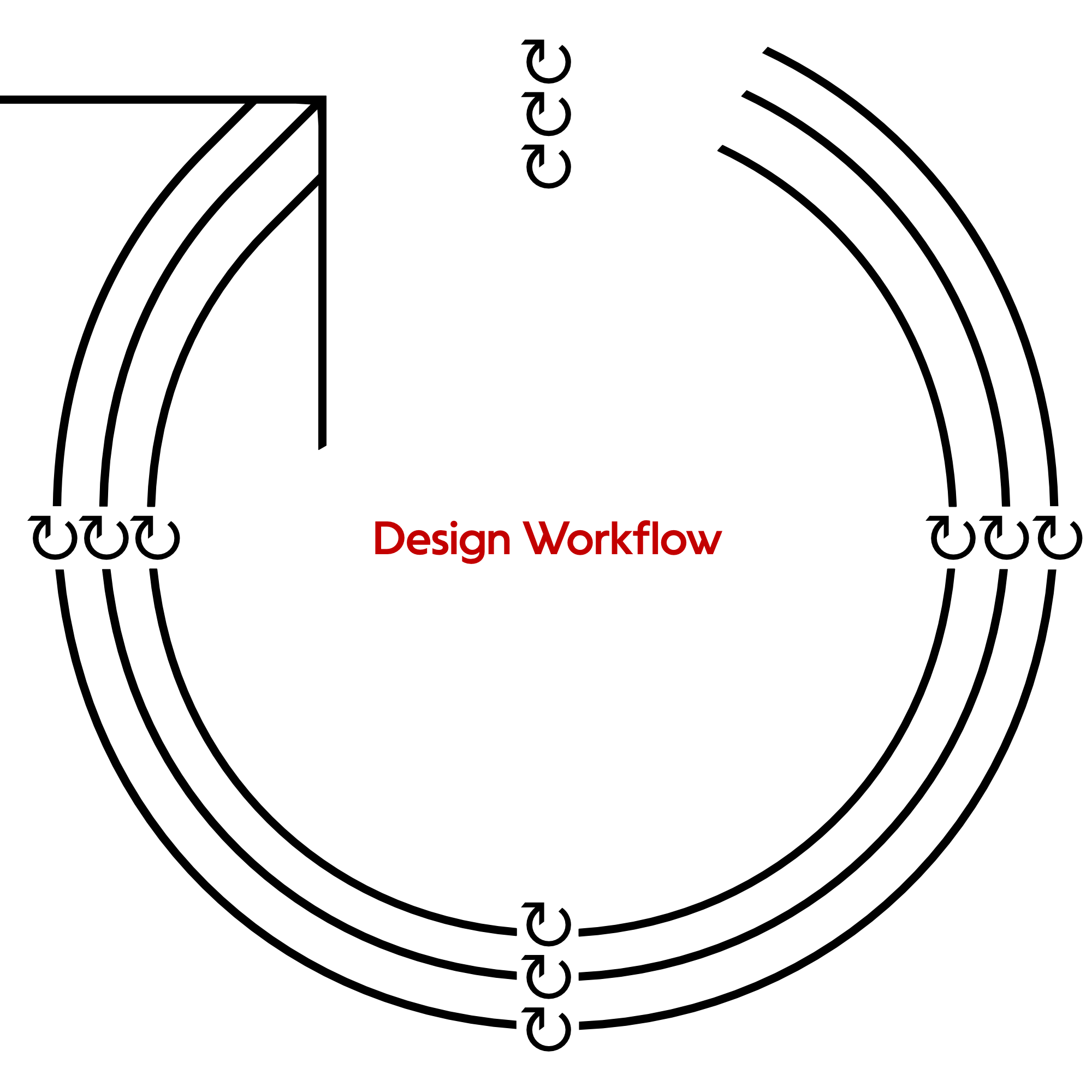 More big cycles, but one (or few) small cycles at a time.

This way is the robot way. ▼ 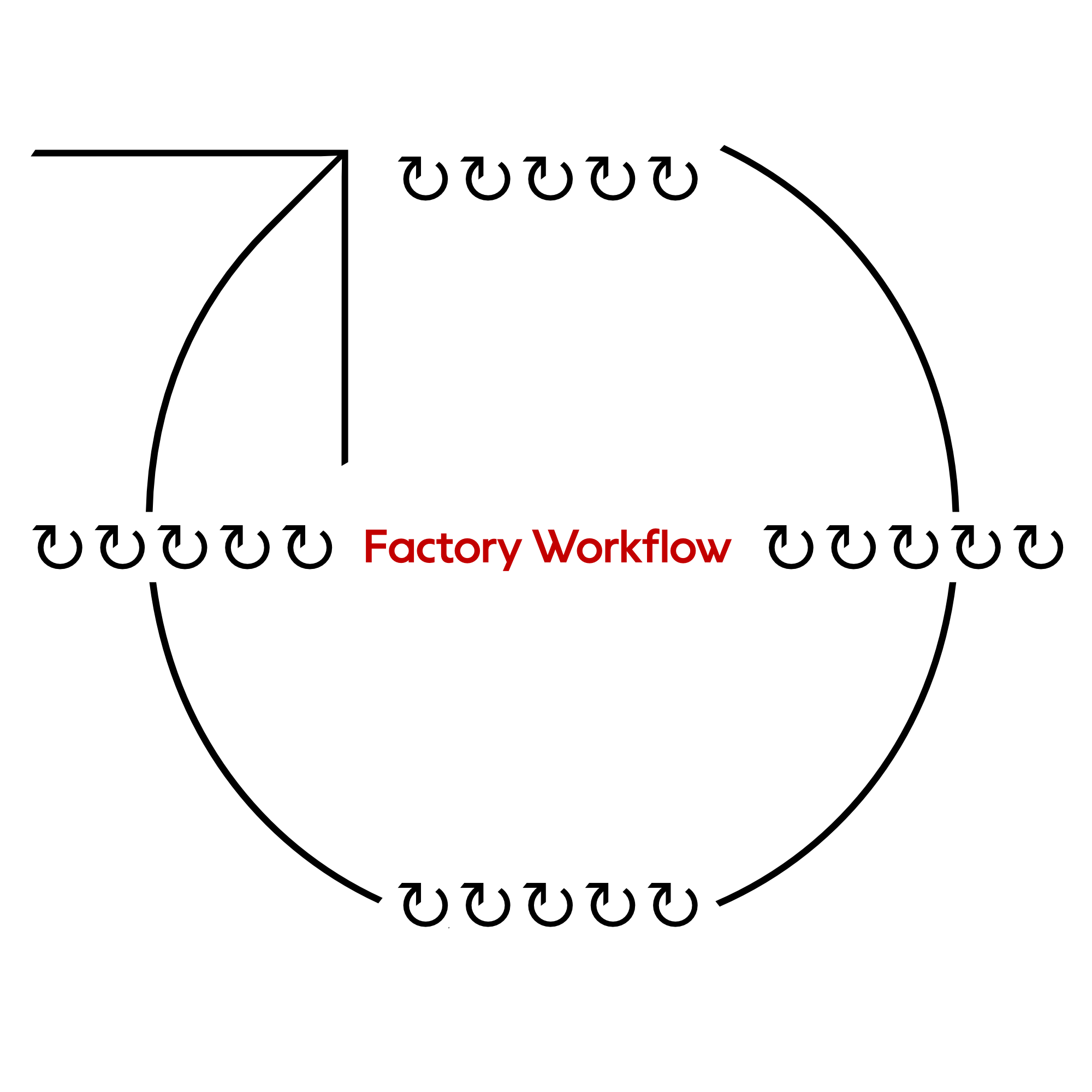 One big cycle with many small cycles at a time.

Or you can do it free-for-all style and just tackle whatever letters or numbers strike your fancy. In my opinion, this type of workflow is still better than factory workflow.

This workflow is what I do.

But it’s based on my experiences. Do what makes sense to you, while avoiding the risk of boredom and the risk of mistakes.

PS- BTW, to me kerning and spacing is not boring. It helps me find big mistakes in my letters. Besides, I find joy in seeing a word well spaced.