Free transform has confused me over the years. This complete guide helps you understand all the geometrical free transforms.

Transform with the Contour tool (white arrow) and the Element tool (black arrow) work a bit different. In this tutorial we’ll only use the free transforms inside the element container.

Activate the Contour tool to go inside the element.

With the Contour (A), double click a contour (also called a path), so that it’s selected. Push CmdT. Or go to the menu: Tools > Free Transform.

A blue dotted line should appear: (If you have a green box, you are outside the element!) 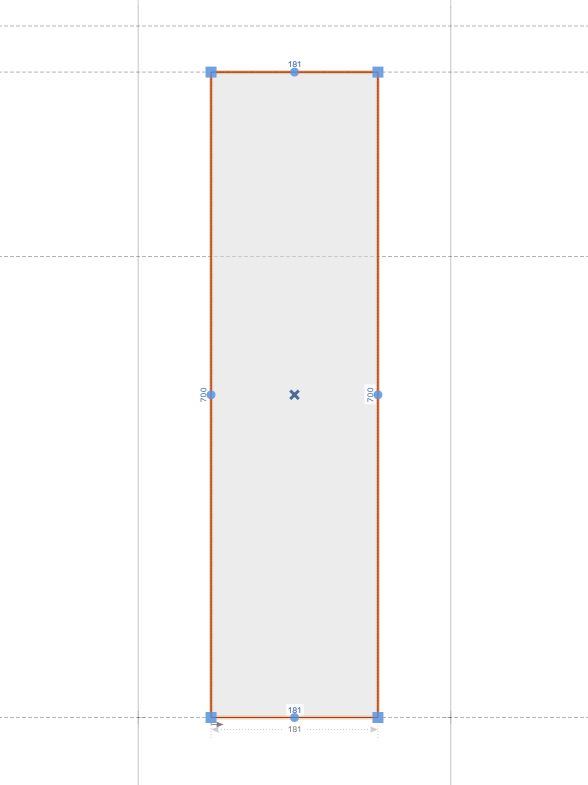 If you get motion sickness, please take care while scrolling through these examples!

Basic rotation is often useful for the inside and outside paths, separately.

Move the reference point to change the location of rotation.

Rotating Part of a Shape¶

Extremely useful for getting terminals right. You might need to fix node placement later.

Slant by pushing Cmd and click one of the side nodes.

Slant is really a distort. Two points of the rectangle are held constant, and the sides are kept parallel.

For fonts, slant is usually used in combination with Shift, as I do here:

Distortions are less used than the other transformations.

Three corners of the rectangle are held constant, while one point moves.

You get the idea of how distortions work. These next three are rarely used. So I’m just going to describe what they do:

Three corners of the rectangle are held constant, while one point moves. This time in one direction only.

It’s like the previous example, but the moving point can only go side to side or up and down, giving a feeling of perspective.

Two opposite points remain fixed, and two mirror each other.

Two opposite points remain fixed, and two mirror each other, this time side to side or up and down only.

For straight on perspective and more control over each box corner, use the Perspective Action (CmdShiftT).

After you are done with a free transform: Press Enter to accept the transform. Press Esc to cancel.

Free transform is a geometrical operation. It does not optically correct your letters.

If you prefer the previous FontLab method for free transform, go to this in the menu: FontLab 8 > Preferences, and turn it on. 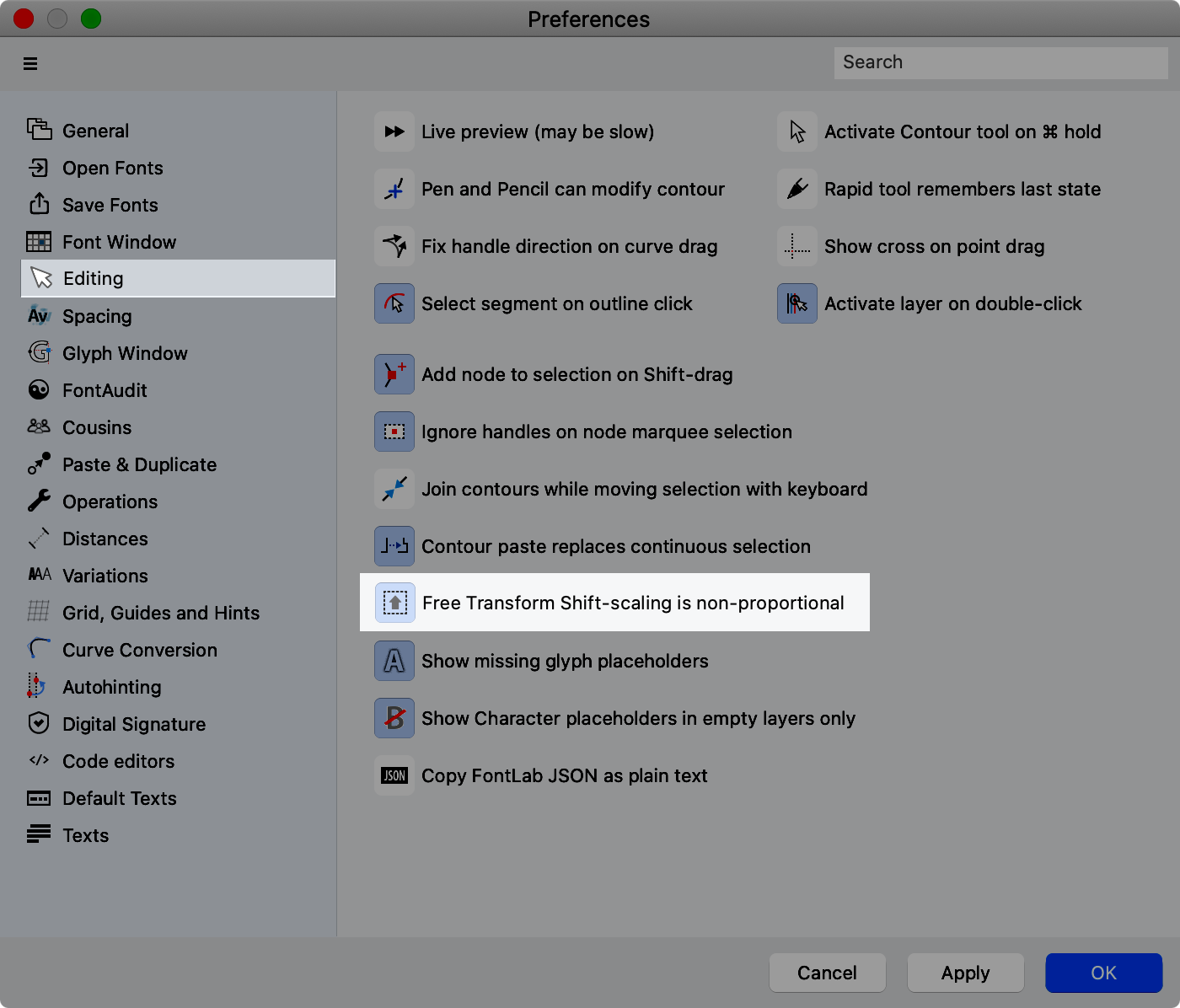 We’ll see how to transform in a more nuanced way using the transformation panel and actions.

And if this tutorial wasn’t life transforming, I’m sure the next one WILL be!